FTBs at highest December levels since 2001 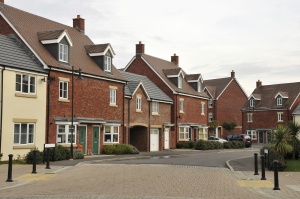 The latest report from the National Association of Estate Agents has revealed that first time buyer sales bucked the seasonal trend in December with the highest number of transactions in 15 years.

According to the data, the number of prospective buyers registered per branch last month was the highest in 13 years for the month of December. The association revealed that the despite heightened interest from potential buyers, the number of sales agreed dropped by a quarter from November.

Last month, the number of house hunters rose to the highest level seen since 2003 for the month of December. The average number of prospective buyers registered per branch last month was 386, a 12 per cent rise from November when estate agents registered 344 on average.

Supply of properties and sales agreed

The number of properties available to buy on estate agents’ books in December was 41– this is a marginal increase from November when there were 39. Despite an increase in supply and demand, the number of sales agreed dropped by a quarter (25 per cent) last month from eight in November to six in December.

Mark Hayward, Managing Director, National Association of Estate Agents (NAEA) comments on the findings: “In November we saw a seasonal slowdown; typically it’s uncommon for people to buy and move close to Christmas. Yet, our December findings have completely bucked this seasonal trend. With demand at an all-time December high and sales to FTBs at their highest on record, 2016 closed on a positive note following several months of uncertainty. However, despite an encouraging December, there remains a clear shortage of homes. We await the government’s housing white paper to see how it intends to tackle this and hope the market continues to improve for both buyers and sellers.”

Jeremy Leaf, north London estate agent and a former RICS residential chairman, says: "The number of transactions recorded in December is encouraging because it reflects what we have been saying for some time - that the end of 2016 showed the housing market was much more resilient than many gave it credit for and augurs well for the forthcoming first quarter.