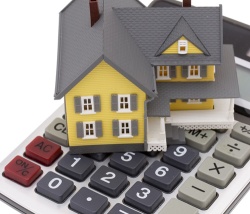 The introduction of a new stamp duty system for second home owners sparked a rush of mortgage lending and completions, as buyers raced to complete on their property purchase before the new stamp duty charges were introduced on 1st April 2016.

The new charges apply to all purchases of buy to let investment properties or second homes with a purchase price of £40,000 or more.

The influx of buyers all looking to get their purchases completed by the end of March meant lending was 59% higher than in March 2015, and 43% more than in February 2016 when lending totalled £18billion.

The figures take into account gross mortgage lending and do not break the figures down into what the mortgages were for but lenders believe that the increase was mainly down to investors and landlords ensuring they completed on properties before the new 3% stamp duty surcharge on additional homes came into effect.

HMRC has said there were 165,480 residential property transactions in March. The ‘seasonally adjusted’ figure was 41.5% up on February, and 69.7% higher than March last year.

In March 2015, gross lending was £16.2billion, Council for Mortgage Lending data shows, meaning an extra £306million a day in mortgages were issued in March than a year earlier.

March saw a huge increase in the number of residential property transactions, as large numbers of prospective property investors looked to beat the implementation of the stamp duty changes.