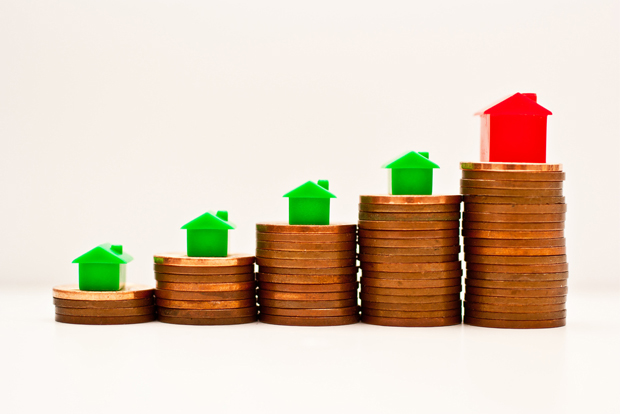 More than a third of home owners moving up the housing ladder after buying their first property need financial support, new research has found. Some 32% require an average of £21,231 in financial support from the bank of Mum and Dad but also seek help from grandparents and even friends, according to the research from Lloyds Bank.

It also found that 35% cannot afford to move without help and 23% have put off starting a family until they have sold their first home.

The study puts the price difference between a typical first time buyer home and a second stepper’s ideal home, which is typically a detached property, is £126,000. However, the average equity level of £105,068 from the sale of their first home can help to reduce this gap by 83%, meaning that second steppers need only add an extra £21,005 to their existing mortgage.

In order to get the deposit for their next move, the majority, 63%, plan to use the equity from their current property while 41% said they would need to use savings. Of those considering turning to family members to help them out 26% are typically looking to borrow more than £20,000.

The research also found that 50% had needed financial help with the deposit on their first property. The average loan size first time buyers received from family and friends the first time around reached £21,512, only slightly more than they are hoping to borrow again from parents or grandparents to take the next step on the housing ladder.

One in four second steppers think it’s now harder to move up the property ladder than to get on it in the first place. As such, 41% have been overpaying their mortgage to increase their equity and 34% have increased the amount that they save every month. The research also revealed that 65% have either continued to save or started to save since they moved into their first property.

‘Parental support continues to play a vital role in helping young people to get on the property ladder. However, it is clear that despite improved conditions for this part of the housing market, second steppers will still rely on the bank of Mum and Dad,’ said Andy Mason, mortgage director at Lloyds Bank.

‘Without this extra financial support second steppers believe that they wouldn’t be able to make the next move on the property ladder for some time. However, it is encouraging to see many Second Steppers planning ahead by overpaying their mortgage and making bigger contributions into savings accounts to prepare for when the perfect home becomes available,’ he added.

The research also found that for 32% of second steppers not finding the right property remains the biggest issue that may delay the sale of their current property, while 26% said it was a lack of affordable property, 24% said the cost of stamp duty tax and 22% potential changes to interest rates.

Other challenges also include a low supply of family sized properties on the market which concerned 27% of second steppers and 26% were worried about the economy and 25% about the cost of moving.