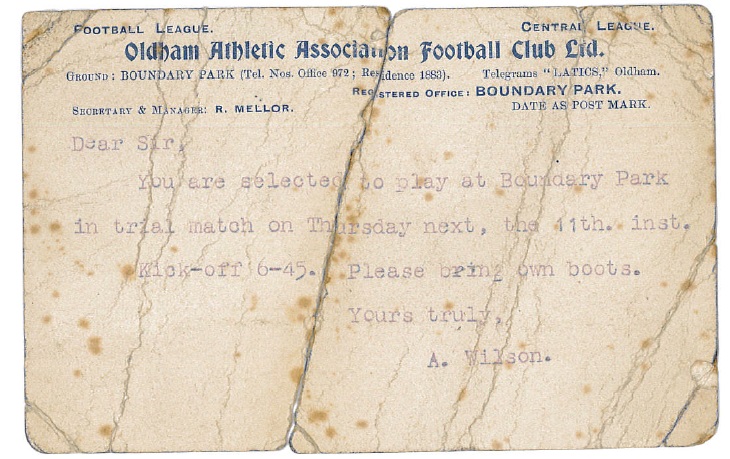 This has been passed onto us following a house clearance at Sidney Street, Oldham.

We think it dates from the 1920’s and that he was called Charlie Simpson and he married Clara Gibson.

Apparently he won £365 on the Football Pools in the 1930’s, which would have been a significant amount of money at the time, which allowed him to buy the house on Sidney Street where he remained until his death in the 1960’s.

Does anyone know if his trial was successful and whether he played for Oldham or had a successful football career elsewhere?