The Budget and the Housing Market 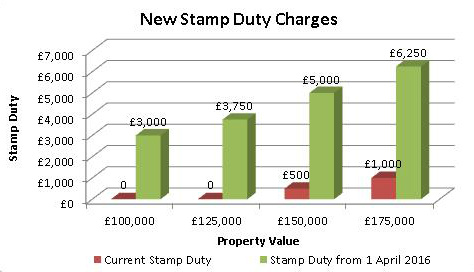 The Chancellor of the Exchequer unveiled his Budget to Parliament on Wednesday 16th March 2016 and the Budget held some key changes that are likely to impact on the housing market. ISA's The Budget announced an increase to the current ISA limit which will increase from £15,240 in 2016/17 to £20,000 from April 2017, but there was also the announcement of a new lifetime ISA, based on the recent Help to Buy ISA model. The Lifetime ISA will be introduced in April 2017 and will see savers under the age of 40 receive a 25% bonus from the government. Although the announcement is still subject to consultation it is understood that the government's new Lifetime ISA will be available to those aged 18-40 and are intended to help those saving for first homes or pensions. Account holders may place up to £4,000 per year in their ISA and will receive a 25% bonus on their annual contribution from the exchequer up until age 50, although they may continue to make their own contributions into their 50's and beyond. The bonus is paid annually at the end of each tax year until you reach the age of 50. The rules surrounding withdrawals are still unclear however it is thought that you can access the cash as soon as you turn 60. If you choose to make withdrawals before the age of 60 you won't get any of the bonuses accrued on that cash and you will face a 5% penalty on the amount withdrawn. If first time buyers are looking to use the ISA to save a house deposit then they must save for at least 12 months before the funds can be withdrawn for use as a deposit on a first home. The purchase price must also be below £450,000. Those saving in a Help to Buy ISA will have the option to move their money into the Lifetime ISA when it arrives in April 2017 however you will then have to wait another year before you can use the Lifetime ISA to buy a property. Capital Gains Tax The first major change in the Budget came when Osborne announced that he was cutting Capital Gains Tax (CGT) from 28% to 20% for top rate taxpayers and from 18% to 10% for basic rate taxpayers. CGT is a tax that is paid on the profit that you make when you sell your property or investment that isn't your main home. For example, if you bought a house to let for £150,000 and sold it for £250,000, you will have made a gain of £100,000. It is the gain you make that is taxed. Stamp Duty George Osborne has used part of his Budget announcement to confirm that the 3% Stamp Duty surcharge on additional properties is to go ahead next month. The new stamp duty charges comes into effect on 1st April 2016 when an increased Stamp Duty charge will be introduced on all purchases of buy-to-let investment properties or second homes with a purchase price of £40,000 or more. Illustrated are some examples of how the increased charges may affect you.

Commercial property Stamp Duty has also been given a shake-up. Now working in a similar way to the tiered system that is used for residential properties, the new rates will see commercial properties worth up to £150,000 become Stamp Duty free. A charge of 2% will then be added onto the next £100,000 and a further 5% for anything over £250,000.