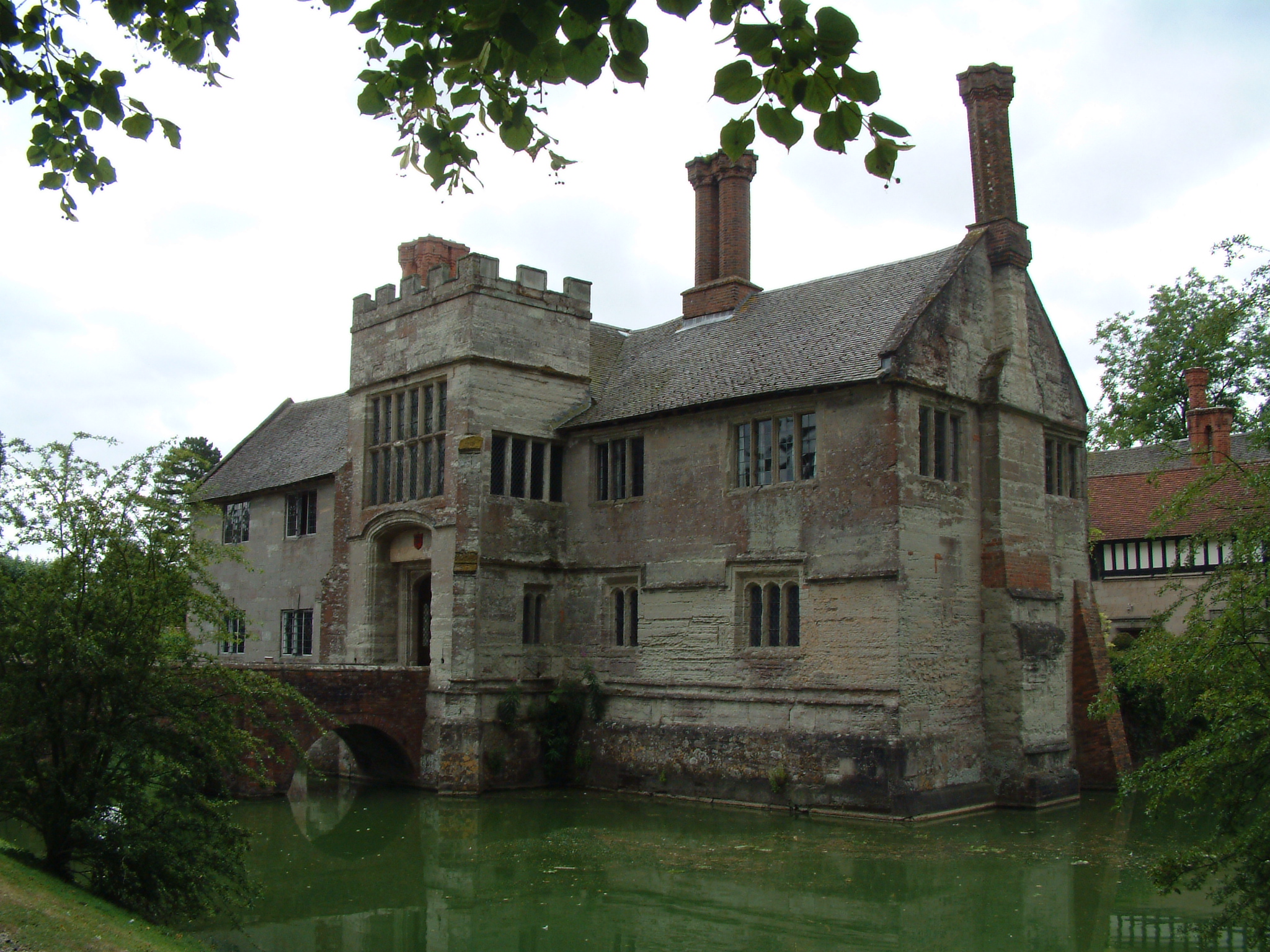 Every self-respecting country house is in need of a ghost. Sceptic and believer are both in happy agreement on this point.

If owners and guides are to be believed, they are very rarely disappointed: the ghostless stately home or castle seems a great rarity.

But if you fancy trying to spot a ghost yourself, bagging an invite to a haunted pile might not be all that easy – thankfully, there are plenty of (supposedly) ghost-ridden places open to the public – many through the National Trust.

Here’s our pick of haunted places that you can visit, all of which have a fascinating story to tell – even if you’re not lucky/unlucky enough to run into an other-worldly apparition…

Set on the banks on the River Thames, Ham House, near Richmond, was once home to the fiery Duchess of Lauderdale, whose ghost is believed to roam the corridors to this day.

After her husband died in 1682, the Duchess, who had always lived in splendid style, was forced to sell many of her priced possessions. She ended her days in penury, writing: ‘I am a prisoner now in my beloved Ham House, and I will never leave’.

The Duchess’s Bedchamber now has a strangely oppressive atmosphere – visitors have heard footsteps and glimpsed the reflection of a malevolent-looking figure in the Duchess’s mirror. To be on the safe side, some of Ham House’s staff take the precaution of murmuring ‘Good afternoon, your ladyship’ before entering.

The Treasurer’s House, which was built over the main Roman thoroughfare leading into York, has been featured in the Guinness Book of Records for having ‘Ghosts Of The Greatest Longevity’.

Many people claim to have seen the ghosts of a Roman army in the building’s cellars. The most famous account is of an engineer who was installing central heating, when he was startled by the sound of a trumpet. He then saw the top of a soldier’s helmet emerging from the wall against which he had been working, and watched in disbelief as a phantom horse and twenty soldiers marched solemnly past him.

The engineer was not alone in his Roman vision. While the house was in private hands in the 1920s, a lavish fancy dress party was held. One guest found herself in the cellars with a man dressed as a legionnaire, who stopped her in her tracks by placing a spear across the corridor. It wasn’t until later that she discovered that not a single one of the guests had come dressed as a Roman soldier.

Chartwell, the home of Sir Winston Churchill from 1924 until his death in 1965, remains very much as he left it – visitors have even reported the faint smell of cigar smoke emanating from the rooms as they tour the building. But the most fascinating ghost story associated with Chartwell was told by Churchill himself.

In an article entitled ‘The Dream’, written in 1947, Sir Winston gives a moving account of seeing an apparition of his long-dead father, Randolph, sitting in his favourite red leather armchair.

He describes their conversation, in which he fills his father in on everything that has happened since his death, including two World Wars. The tale ends with Randolph taking a match to light his cigarette, striking it and then vanishing.

Almost 200 years ago a, fire broke out at Felbrigg. Its owner, William Windham III, was a great bibliophile, and risked his life trying to rescue his books from the blaze. He died weeks later from his injuries, but it’s said that he still visits Felbrigg’s magnificent library in order to read all the books he didn’t have time for while he was alive.

Set in the middle of this eighteenth century landscape park is Newton House which, it is rumoured, is haunted at night by Lady Elinor Cavendish.

Lady Elinor was betrothed to a man she didn’t love, and to escape him, she sought refuge with her family at Dinefwr. However, she was followed by her enraged suitor, who caught up with her and strangled her to death.

Ever since then, muffled voices have reverberated around empty rooms, and staff have reported lights being turned on and off. In the 1980s, a camera crew attempted to capture Elinor’s ghost on film. Although they were unsuccessful, the cameraman claimed that while he was sleeping, he felt invisible hands squeezing his throat.

Dating back to Norman times, Dunster has a long and spooky history. Staff at the National Trust shop (which used to be the stable block) have seen a mysterious man dressed in green, and stock mysteriously falls from the shelves. The general sense of menace haunts that the building has prompted some visitors to ask whether has been murdered there!

But perhaps the most unusual Dunster ghost story concerns the remains of a seven-foot-tall prisoner, who was manacled by the wrists and ankles. Even in daylight, the site where his skeleton found is dark and gloomy. Dogs seem particularly troubled by it, refusing to climb the steps.

There’s a grisly tale behind Nunnington Hall’s rumoured hauntings. Lady Nunnington, the second wife of the Hall’s owner, bitterly resented her stepson, wishing that her own son could inherit the estate. After her husband died, Lady Nunnington began to mistreat the older boy, locking him in an attic room.

The only person allowed to see him was his half-brother, who would bring him food and toys. One dark night, the older boy escaped and disappeared without a trace.

Lady Nunnington was jubilant, but her son was distraught; he missed his playmate, and would watch for him endlessly. This ended in tragedy when he leaned too far out of a window, fell to the ground and died from his injuries. His mother took to roaming the house, inconsolable with grief.

After her death, when the property had passed to new owners, there were many reported sightings of her ghost gliding through the roams and ascending the staircase, accompanied by the sound of rustling from her silk dress.

During the Civil War, Corfe, which belonged to a Royalist family, was overrun by Cromwell’s Roundheads and blown up.

The sound of a child weeping can occasionally be heard nearby, and it is believed that the headless body of a woman in white who stalks the battlements of the ruins is the ghost of the person who betrayed the Castle’s besieged owners.

Many visitors claim to have heard ghostly footsteps along corridors – in the 19th century, a terrified house guest wrote: ‘I once heard that solemn tread. It had an awful and mournful sound…and affected me deeply.’

On top of this, the library at Baddesley Clinton was the scene of a brutal murder. In Tudor times, it was a first-floor chamber. There, according to legend, Nicholas Broome, who had inherited the house in 1483, returned home unexpectedly and ‘slew the minister of Baddesley Church finding him in his parlour choking his wife under the chin…’

The slaughtered priest’s bloodstain was said to have made an indelible mark in front of the library fireplace, but scientific analysis has since proved that the stain was actually pig’s blood.

The chilling tale in Speke’s history comes from the 1730s, when its owner, Lady Mary, married the notorious ‘Worthless’ Sidney Beauclerk. Lord Sidney was so fond of the high life that he eventually gambled away the family fortunes, and had to confess to his wife.

Lady Mary was apparently so overcome with grief and anger that she picked up her infant and threw him from the window into the moat below. She then went down into the Great Hall and killed herself.

Recorded fact, however, tells a different story: Lady Mary survived her husband, while her only son lived till 1781. Nevertheless, the rumours of a ghostly lady in white, believed to be Lady Mary, date back more than a century.